Our future is technology

Quantum Internet should provide secure communications. A team from the Delft University of Technology is already building a network that connects four cities in the Netherlands that simply cannot be hacked. Scientists have learned to transmit pairs of photons through fiber-optic cables in order to fully protect the information that is encoded in them. The Chinese team used this technology to build a 2,000 km network between Beijing and Shanghai, but this project uses some of the classic components that intermittently interrupt quantum communication and pose the risk of piracy.

Hyper-personalized medicine is a single-patient genetic intervention. New kinds of medicines can adapt to human genes, and such drugs will provide hope for people with very rare and previously incurable diseases caused by various DNA mutations. Unfortunately, it is still unclear who will be able to finance this research and development.

The less money is used, the fewer transactions are made without intermediaries. In the meantime, digital currency technology could shock the global financial system. For example, Chinese leaders see a threat in the Balance cryptocurrency that Facebook is preparing to release – its release could increase the disproportionate influence of the United States on the global financial system. In response, China may promote digital yuan internationally, but somehow the release of cryptocurrency becomes a geopolitical event. 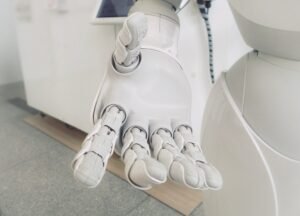 The first anti-aging medicines called senolitics have already begun to be evaluated in humans. These drugs do not yet prolong life but have the potential to cure certain conditions, such as cancer, heart disease, and dementia, reducing or reversing the fundamental process of aging. These drugs destroy the cells that build up with age – create low-level inflammation that suppresses normal cell repair mechanisms and creates a toxic environment for nearby cells.

The average cost of launching a new medicine in the market is about $2.5 billion. One of the reasons for this cost is the difficulty in finding promising molecules. However, machine learning tools can now explore large databases on existing molecules and their properties, using the information to assess the potential for potential drugs. This approach can accelerate and significantly reduce the cost of researching new medicines.

Now companies can build, launch, and operate tens of thousands of satellites in orbit at the same time at affordable prices. The first 120 Starlink satellites were launched in 2019, and the company plans to launch lots of 60 satellites every two weeks from January 2020. OneWeb will launch more than 30 satellites by the end of 2020. If these plans succeed, thousands of tandem satellites will soon be able to provide access to the Internet even to the poorest and most remote corners of the planet. However, the collision of several satellites could lead to a serious disaster and transform the orbit around the Earth into a landfill.

Google provided the first proof that a quantum computer is superior to a classic computer. So, in the future, quantum computers will be able to solve the problems that no classic machine can handle, for example, by breaking modern cryptographic codes or by simulating the exact behavior of molecules to identify new drugs and materials.

However, Google has only shown that the concept is correct; now the goal of the company is to assemble machines with enough qubits to solve useful problems. This is a difficult task, because the more qubits you have, the harder it is to maintain your quantum state.

In search of more powerful algorithms, researchers are using increasing amounts of data and computer energy and depend on centralized cloud services. It limits the speed and confidentiality of Artificial Intelligence apps. However, with new-generation AI chips, devices no longer need to send information to the cloud. Researchers promise to increase the power of computing with limited physical parameters, as well as to drive and operate AI with much less energy. 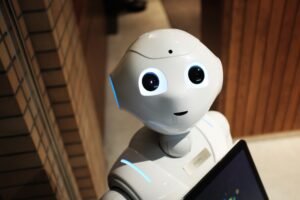 Differential confidentiality is a mathematical technique that guarantees the confidentiality of a lot of anonymous data by adding “noise”. This method is already used by Apple and Facebook to collect aggregated data without identifying specific users. This method allows you to “distort” the individual data so that they cannot be associated with a specific person but allows to preserve the general indicators of the group, which are necessary for the statistical calculations.

The acquisition of detailed satellite data allows researchers to study natural systems, and the increase in computing power means they can create more accurate simulations and do much more virtual experiments. Researchers have recently confirmed the role of climate change in the development of extreme weather conditions and are now willing to talk about the risks humanity can face in warming the planet.