Just code it. But do it right.

Beginners and experienced developers need to know which technologies are popular and which are obsolete. We found some outdated languages that are definitely not worth learning in the near future.

Finally lost with the language C#. Microsoft announced this year that it “doesn’t have plans to develop Visual Basic.” However, the support on the platform .NET 5.0 will remain for the moment.

The professional community has almost ceased to be interested in it, but the TIOBE index continues to place it at the top of the most disputed languages.

This is a functional programming language for front-end development. Elm appeared in 2012 and gained in popularity up to 2018. But it fell in the next two years.

The problem is in rare upgrades. Elm seems obsolete and dead, especially for beginners who do not see much of the growth and development of language. Moreover, market demand for Elm developers is lower than supply. And the programmers are facing difficult competition.

Everyone seems to have forgotten about CoffeeScript 11 years after its launch. It appeared in 2009 to facilitate the writing of the JavaScript code. And despite the criticisms, it was quite popular among GitHub users.

Since 2020, CoffeeScript has died on the market (although GitHub is still a little alive). Knowledge of this language is not required and is rather an exotic addition (and not mandatory at all) to basic skills.

The next programming language that isn’t worth learning is Erlang. It’s still used by many organizations. But modern businesses prefer alternatives like Elixir because they are more modern and more accessible to new ones. As a result, year after year, demand for this programming language is decreasing.

Job offers for Erlang developers are still available on the market. But if you want to remain competitive, it is worth choosing a more popular and newer language. 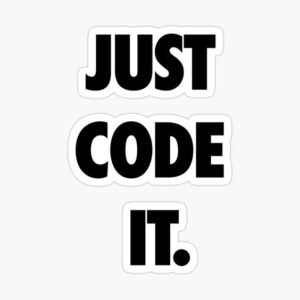 One of the objectives of Pascal’s creation was to teach students how to program – and he continues to face this task in schools and universities.

Pascal himself, however, is of little use today. At some point, he led to the creation of Delphi. Delphi soon took Pascal’s place and pushed him off the list of dead programming languages for professional developers.

Moreover, learning, for example, the most popular Python is not much more difficult. It is beginner-friendly, and there are a lot of tutorials available online to help you update or master skills from scratch.

It is believed that Haskell is important for science and industry. Also, due to its speed and reliability, it has often been contacted by large companies such as Facebook, GitHub, IBM, and so on. However, in recent years, the popularity of this language has decreased.

So, despite a great standard update from Haskell in 2020, it’s not worth learning, especially at the beginning of your career.

In the 2000s Perl was one of the main languages of web programming: practical and practical, but with its own complexities. However, after the arrival of more modern programming languages, in particular Python, it has become difficult for him to distinguish himself on the market.

Perl nowadays includes two versions: Perl 5 and Perl 6 (or Raku). It continues to be used for the development of the Web and graphical interface. But Perl’s popularity has decreased year after year. Therefore, it is better to deal with a more popular language.